It’s Time to Beast Up! 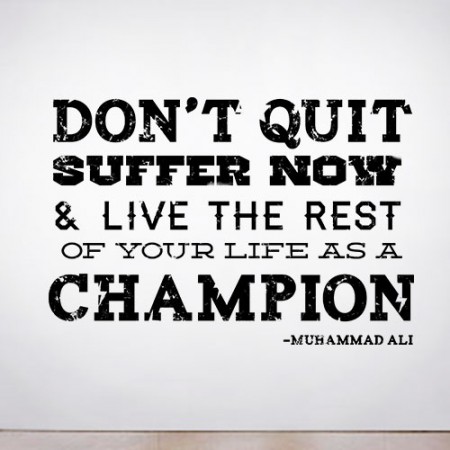 I’ve had this blog post on my my mind for weeks. I, like everyone, never seem to find a free hour to sit down and write. Lucky for me I forgot my headphones on this plane ride and can’t screw off watching the free online TV they are offering. The end of the story goes …. so I am starting Body Beast on Monday, wish me luck! If that is enough of an update for you, then you can head out now and just wish me luck. Keep reading if you care why 😛 I sit here on the aforementioned plane exactly 25 pounds heavier than my all time lowest weight, which was last year at exactly this time, and I’m f*cking pissed about it. It’s not in a “I’m sure you put on a lot of muscle” or “oh it’s probably just water” sort of way. It’s in an “I made terrible choices repeatedly for months and now I’m 31% body fat” sort of way. Now let’s be clear, when I got to my lowest weight I was already eating paleo and then had done the Ultimate Reset. I never actually expected to maintain that weight, so when I gained 5 lbs I thought okay that’s perfect, that feels more like me.

However in 2013 I’ve really struggled with a lot of issues, and it is catching up with me. I wanted to come out the gate swinging in my Coaching business and really take advantage of the crazy rush that is the January / February push for fitness, so I worked like crazy. I kept up with my Combat workouts and that was truly, as Dan always says, a non surgical butt lift. After about 6 weeks I got over that and started planning to do the Ultimate Reset again, which I completed in March, I went to Disney World just 10 lbs heavier than my lowest weight and felt fit and comfortable. It wasn’t where I thought I’d be, but it is really all about how you feel in your skin and I was good with it. That is when the proverbial sh*t, hit the fan, and splattered all over the greater San Diego County area. I had over committed myself so much for so long that I was really acting out, but I was only acting out toward myself. I was in full self sabotage mode. I went on 4 more trips in the next two months and did my best just to keep my head above water with everything I had to do when I was home here and there.

There were a lot of people coming to visit, and dinners out, and we all know what travel does to the waistline. I couldn’t get a meal plan together and grocery shopping was all but useless when you’re only going to be home for a couple of days at a time. You add in there the stress of making sure we didn’t spend to much money on groceries while Snow was looking for a job post-graduation, and then an impromptu change of residence, and you’ve got a Taco Bell diet on your hands in no time. Once I started relying on fast food, I picked up some of my old habits of eating only once or twice a day, because in the words of Sweet Brown, “ain’t nobody got time for that!” when I was now having to go out for food.I clearly couldn’t follow a workout program at all with this schedule, or with our stuff in boxes, but luckily I still had my gym membership and I still run our free Saturday fit club, so I was still getting in few workout a week. It didn’t help much since I was eating so poorly. I realized this was a total disaster when I actually considered not going to Summit this year because I didn’t want people to see how much bigger I was since last year. Especially not on stage! I felt like I was letting everyone down and that my body was not what an Elite Coach should look like or something. Obviously the thought was short lived, because I wouldn’t set that poor of an example for my team, but I absolutely went there in my head.

I of course went to Summit and did my best to wear the least form fitting things I could find and avoid the pool until the day after everyone was gone, but I felt it the whole time. Sometime in the past 3 months I had resigned myself back to not being good enough. Not being good enough to keep my coaches happy, not being good enough to move my business the way I wanted to (I had wanted to be a 5 Star by Summit), not good enough to make it to the fitness goals I have, to make the money I wanted, or really go the distance to be a Top 10 Coach. I was still in that place all during Summit. It wasn’t until I was going over my notes from a few of the sessions we had been to, quietly, alone with my thoughts in my office, that the switch got flipped back the other way. I did some math on how many days I had at home between now and our Beachbody Leadership trip. I did some math on my projected Elite points. I did some math on how much weight I really had to lose and how much money I really needed to make. Then took a look at how far I’d already come and how many people need me to succeed so they can believe in themselves. Once I was looking at everything I wanted in black and white, and realizing how close I was, I got fired up! Through a LOT of conversations about the right program for me, I know the plan I’ve put together for Body Beast is the right one. As we all know, the more muscle you have in your body the more fat you burn. We also know I don’t like to be told what to do, so instead of Beast Cardio you will find me in my Coach Ai’s TurboKick class once a week, and we’ll be mixing it up at Fit Club each week. I hate a lot of jumping and crazy stuff, but I’m not afraid to push my body. I already know most of the meal plan, and know how to tweak it to make it paleo, since Snow has done Beast twice. I tried two of the workouts this week after I set up our epic new home gym (thanks universe for that impromptu move) and I am in love. I know a lot of people would shy away from a bodyBUILDING program if they wanted to drop weight, but I know for me, it’s about the diet, the consistency and finding a program I like so I will actually do it.

Now I am sure you are waiting for a moral of the story, but I don’t really have one. I made you read all of that just because I am declaring to the work right here and now that I don’t give up, I don’t quit, and set backs are something that I am stronger than. If I tell all of you, then it has to be true, so the more people read it, the more chance I have 🙂 Life gets in the way, it knocks me down, my plans are laughed at by the universe, but I vow to all of you that I will weigh 150 lbs at Leadership 2013 in September with 20% body fat, and I AM taking the 2013 #6 Coach spot so that Snow and I WILL be in Italy in July 2014, and the credit card that got busted out to get us through Summit, will be paid off by August 31st. You can hold me to all of this. I know this won’t be easy at all, and I’ve taken a lot of steps back recently, but it finally all seems possible, and I am willing to do WHATEVER IT TAKES. My dreams are just within my reach, and so are all of yours. We all have to start somewhere …so I am starting Body Beast on Monday, wish me luck! May your greatest desires be the very least of what you achieve. <3