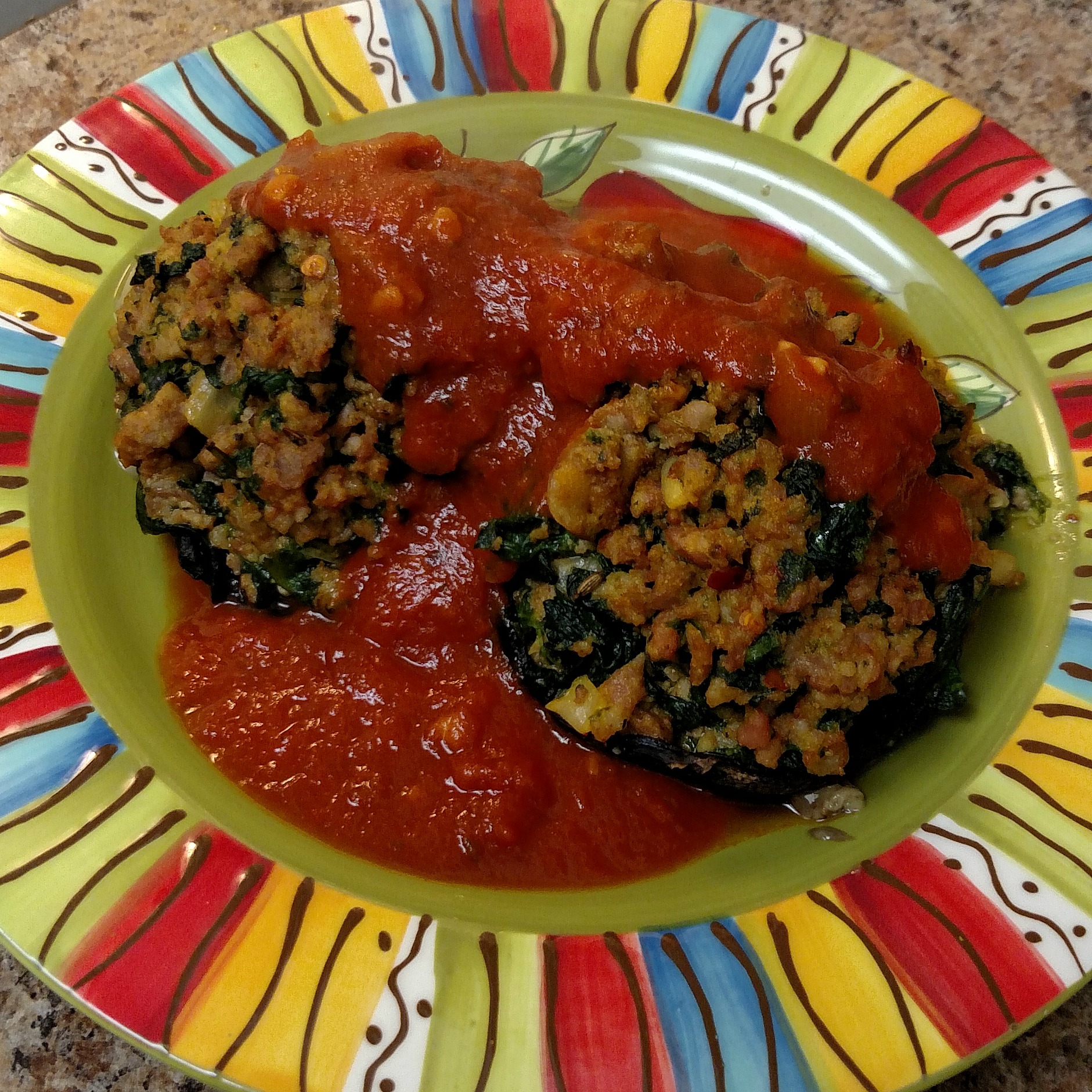 Here’s how I made them:

I wiped the tops of my mushrooms clean with a damp cloth and removed the stems and the gills. (The gills are easily scooped out with a spoon.)

I used a sharp paring knife to cut a shallow “X” on the top of each mushroom and brushed olive oil all over the mushrooms, and seasoned the tops and bottoms with salt and pepper.

I heated a couple tablespoons of olive oil in a large skillet over medium heat and sauteed the minced onion (with salt and pepper) until they were soft and translucent. I added the sausage and cooked the meat until it was no longer pink. I removed the meat mixture to a medium bowl and let it cool to room temperature.

In the grease from the sausage I sauted the spinach. I added that to the sausage.

Once the sausage was a bit more cooled, I added the egg, spinach, coconut flour, salt and pepper and mixed to combine.

I grabbed the mushrooms and piled the stuffing onto each cap — pressing down to make the stuffing more compact.

I put them back in the over for about 10 minutes while I cleaned up.

The stuffing should be evenly browned (but not burned) when the mushrooms are finished.

I topped the stuffed mushrooms with Rao’s marinara sauce which of course made them amazing!